The Pomin family legacy is woven into the fabric of Lake Tahoe’s history. The Pomins became one of Lake Tahoe’s founding families in 1862 when Captain Ernest John Pomin (Randy’s great grandfather) became the first and longest-running captain of the Steamer Tahoe—the largest steamship to ever sail across the lake. Captain Pomin was at the helm of the Steamer almost daily from the launch date in 1890 until his retirement in 1917. 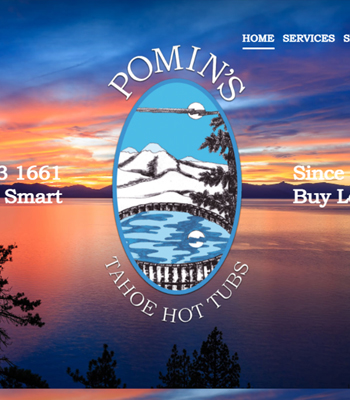 We love our new website that Tahoe Web Company got us set up with! We had a lot of requests and requirements, and we got everything we wanted plus more! Would highly recommend to anyone looking to have a great website overhaul!
~ Pomin’s Tahoe Hot Tubs
Pomin’s Tahoe Hot Tubs